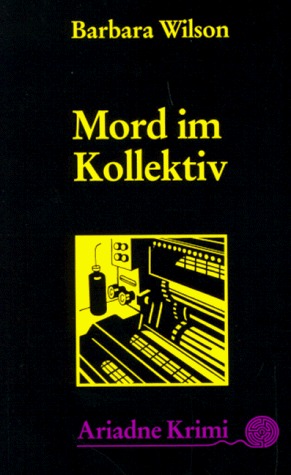 Im updating this to five stars. It def has its flaws (its heavily centred on the white protagonists political understanding, there is a lack of nuance in some of the perspectives advanced, etc) but I just enjoyed it so thoroughly and it really spoke to me.--At first I had a laugh about how clumsily written this was but kept going because it was an interesting novelty. two radical printing collectives, one radical lesbian, one left-wing and anti-imperialist, plan to merge, but it gets acrimonious and then theres a murder? Itd have to be completely unreadable for me not to at least crack it open.

But about two chapters in it finds its feet and becomes a gripping, original, and startlingly weird murder mystery. If youre interested in a book about internalised homophobia, Third World feminism, broken hearts, Filipino resistance to the Marcos dictatorship, white liberal guilt (actually quite a lot of it), drinking much too much, and arsehole leftist men, I recommend giving this a shot.